Songs for Counting the Omer (50 Days to Shavuot/Pentecost)

From Resurrection Day/Feast of Firstfruits to the Feast of Shavuot/Pentecost, it's 50 days.  In Biblical Days these days were counted by starting on the day the omer (bushel) of grain was offered.   We believe this was done on the day after the regular Sabbath during Passover week, which is the first day of the week - Resurrection Day/Feast of Firstfruits/Bikkurim.  We like to collect twigs and count them.  We bundle up groups of 7 twigs at each Sabbath. Our goal is 7 bundles of twigs, plus one extra twig.  That's 7 weeks plus one day, or 50 days.  Shavuot is also called the Feast of Weeks, and now you know why.
We also put numbers on our bulletin board to count up the days and weeks.  Another feast--another object lesson.  Counting up the days and weeks makes us really anticipate the coming of the great feast of the Holy Spirit: Shavuot (Pentecost). 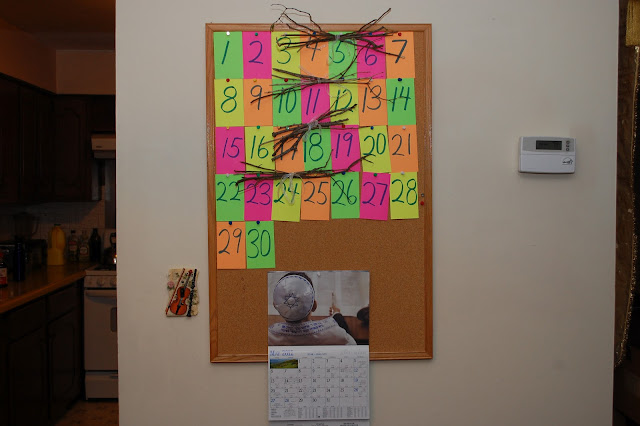 We made up some songs for counting the omer.  We sing one or two of them at our Messianic House of Prayer Sabbaath services after we count up the twigs.  Perhaps you'd like to use them at your congregation or Sunday school or Shabbat school.  The melodies are not original:  Twinkle Twinkle (also called the ABC song), 10 Little Indians, and I've Been Workin' on the Railroad.  Here are the words. Have fun!  We sure do!

To the tune of the ABC Song:

To the tune of 10 Little Indians (we sing these first two songs as a medley in the same key):

To the tune of I've Been Workin' on the Railroad:

I've been countin' up the omer,
Starting with First Fruits,
One, two, three, four, five, six, seven,
Makes a week and that's the truth.

Keep on counting up the bundles,
Till 7 weeks are done.
Then you add an extra day and
Shavuot will come.

What a joy it was to celebrate Passover yet another year at the Messianic House of Prayer!  It was great, even though we dubbed it "the messiest Passover ever."  We had the usual spillings, but in much greater number than ever before, and it brought us to laughter over and over: grape juice and water and horseradish, on the table, on the floor, into the seder plates with the other food!   Oh, and a bunch of the chicken drippings onto the cabinet and the floor!  And the added joy of a messy baby (our grandson)!
Here are some pictures for you to enjoy.   Too bad we didn't take pictues of the dancing afterwards, but that was loads of fun!  Praise the Lord for His wonderful feast days!  (Sorry about using too many exclamation marks.)
﻿﻿ 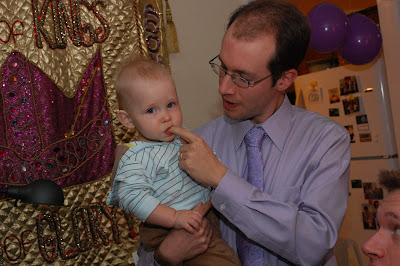 Lael gave his son Chaim his first taste of horseradish.  He kind of liked it! 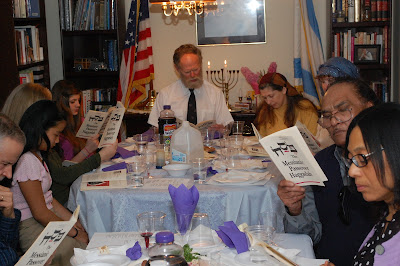 Following the story in the Haggadah, telling of our deliverance from slavery - both from Egypt, and from sin.  Celebrating the Season of Our Freedom and Jesus (Yeshua), our Passover Lamb. 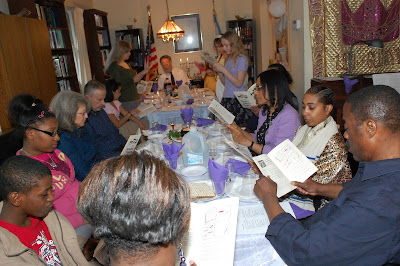 All the young people who have recited the four questions in Hebrew through the years were asked to stand up and chant them together. You can see the young ladies in the picture above, and the young men in the photo below. 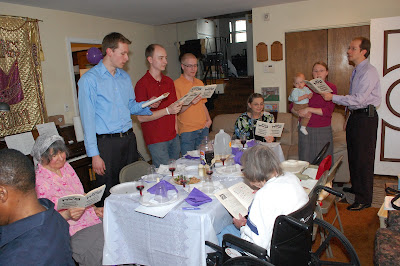 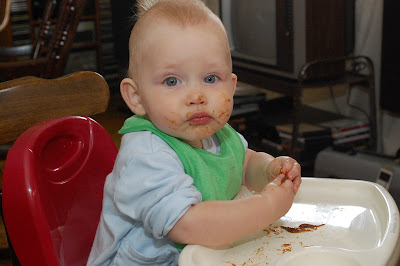 Mashed prunes for Passover?  Of course!  They're leaven free.  And we needed a few more messes.

AMHE
The Association of Messianic Home Educators (AMHE) exists to be a blessing to two groups: first, for the Messianic Jewish community—Jews who have trusted Yeshua (Jesus) as the Messiah; and second, the Christian homeschooling community from all backgrounds. With the Messianic Jewish community, we want to encourage parents personally discipling their children in order to pass on the faith to the next generation, and using the tool of home education to do this. With the Christian homeschooling community, we want to share the excitement of rediscovering the Jewish roots of the faith and embracing the special place of Israel in God's plan. 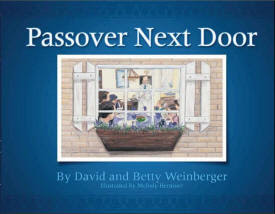